A 46-year-old man was killed in a crash outside Odessa after a semi-truck driver caused a violent collision. 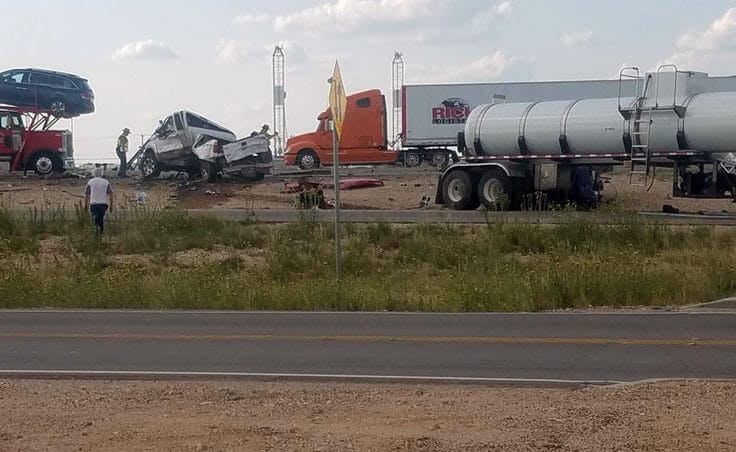 A four-vehicle crash on Interstate 20 (about 1/4 mile southwest of Odessa) left one man dead and two others hospitalized Monday evening.

According to DPS officials, the driver of a 2017 Freightliner 18-wheeler truck was traveling east on I-20 when he “failed to control his speed” and crashed into the rear of a 2015 Ram pickup truck at around 5:45 p.m. As a result of the collision, the victim’s pickup was pushed into a Ford F-150, which then collided with another semi-truck.

DPS officials say conditions were dry and clear in Ector County that day, and noted that all four drivers were wearing seat belts at the time of the truck accident.